History of the Mill Site

There have been grist mills on the site of what is now Bondsville Mill Park since the 1700s, but the woolen mill we see the remains of today was established sometime early in the 1800s. Abraham Bond, believed to be the third owner of the mill, opened Bond Woolen Factory producing Kentucky Jeans and established the factory village of Bondsville.

Bondsville Mill is a great example of the evolution of manufacturing in Chester County. Originally the mill was powered by water driving a wheel in the Old Mill. In about 1850, the water from the mill race was used to produce steam in buildings currently identified as D and E. In about 1900 the factory converted to electricity and the large concrete pad housed many spinning and weaving machines running on electricity. (The concrete has been removed and is now under construction to be Culp’s Clearing, a garden.)

The mill was originally water powered using a water wheel which was driven by water fed from Beaver Creek into the mill race behind the buildings. As new technologies were developed the mill was powered by steam and finally electricity. You can see this evolution in the buildings that are still standing and the large concrete pad which was the factory floor up to the end of production.

During the Civil war the mill produced uniforms for the Union soldiers. The Collins & Aikman Corporation purchased the property in 1927 and produced automobile upholstery cloth. During WWII, the mill produced various products for the military including fabric for Air Force jacket lining. The company built a World War II Memorial dedicated to the mill workers who served during WWII.

After the war, the mill produced men’s and women’s wear fabrics, as well as their “Candalon” brand of woven nylon which was used in automobile upholstery. In time, the corporation closed the mill and the site fell into disrepair. East Brandywine Township acquired the mill in 2005 using open space funds. Work clearing the property and making the collapsed buildings safe has been ongoing by a dedicated group of volunteers ever since. The park opened to the public in 2015. 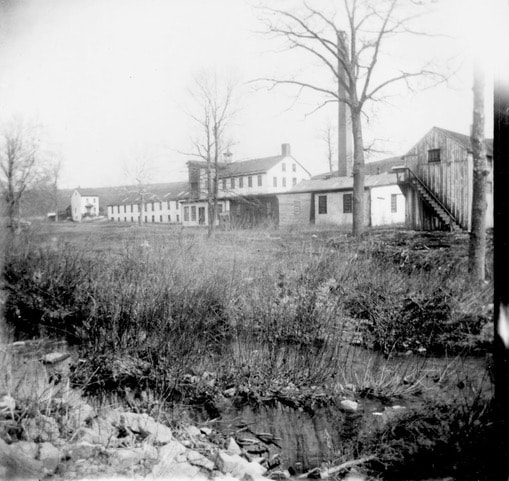 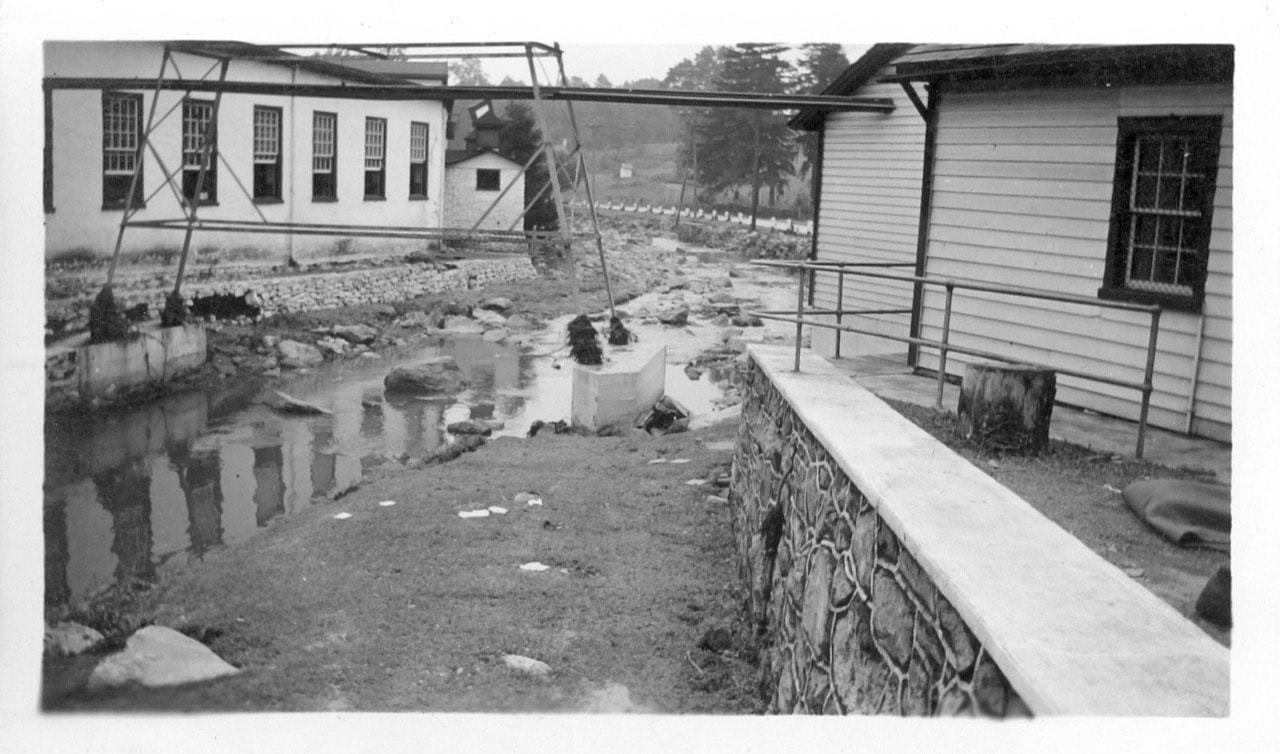 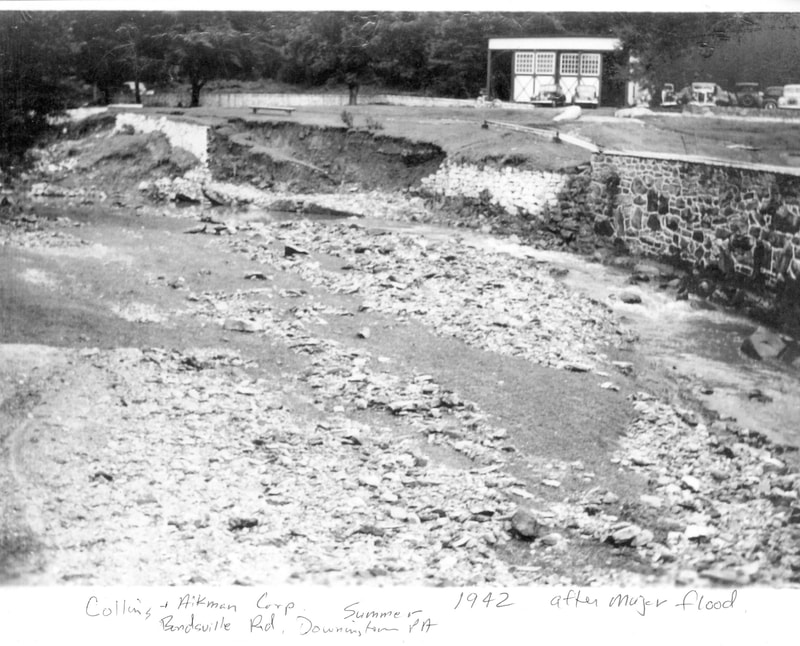